Two stalwarts of the club celebrating their 61'st birthdays at the same time..good enough reason for a party .!

Me and Damo left home about 7.15am , gassed up and met the crew from Sydney on the road about 8am..

Nice cool ride to Mudgee , started to warm up a bit after that..

Next stop up the road...met up with the Melbourne guys...

Got lucky a few hours up the road , 305kms on the tank, and she starts spluttering..slow down, come over  crest of a hill and drift into the gas station as it dies...bout 40deg now, an hour or so on the side of the road waiting for gas would not have been pleasant.

Had lunch at the attached  pub, where some sick fk must have picked up my phone and taken this pic :-P

Got into Tenterfield the next day about lunchtime, perfectly timed as the Brisbane boys arrived also..then a not so  quick dash, by me anyway, through to the Lunatic pub over the road of 1000 cunty corners. Gave me a right workout it did..

Boys on the hard stuff..

Then it was a few k's down the road to the venue for the night, where other chapters tuned up shortly afterwards...

Chilling probably not the right word given the temperature....fortunately the dam was an awesome cure...

Awesome night, good people,  good sounds, then up at 5.30am the next day, for the ride back.... somewhat hot,... how hot ? well I was riding along thinking I could smell pork belly.. 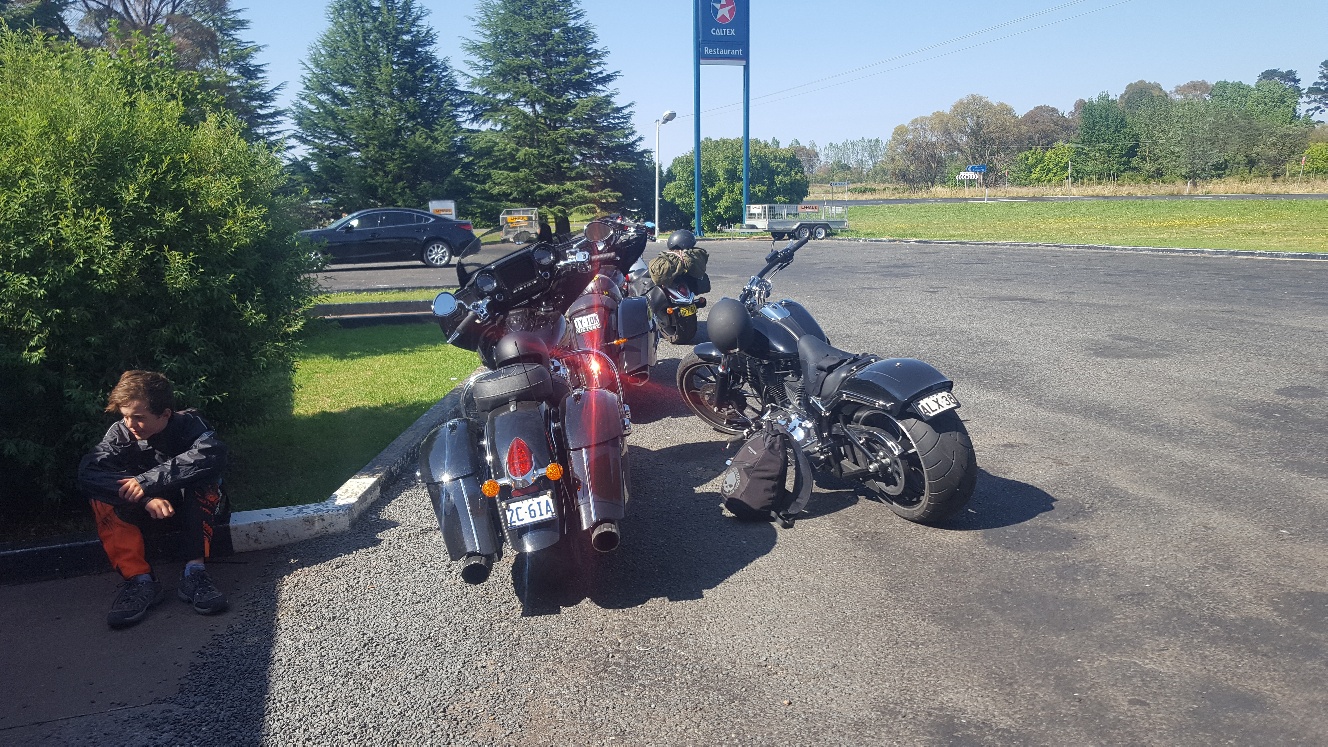 ...finally realised it was just my belt buckle that was so hot it was burning my guts..I kid you not...( cept for the smell bit :-) )