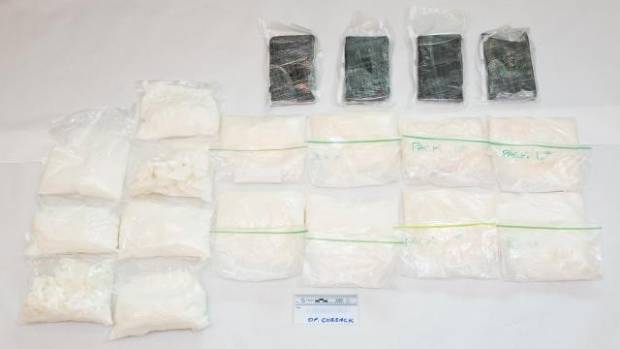 SUPPLIED
Police seized 15kg of meth and 17kg of cocaine from the Bandidos in 2016, which would eventually land Adrian Le'Ca in prison.

A member of a notorious international gang exploited members of his own family in his failed bid to smuggle as much as $17 million worth of drugs into New Zealand.

Bandidos gangman Adrian Le'Ca will spend over 15 years behind bars after bringing down his sister and nephew in his attempt to shift 15 kilograms of methamphetamine and two kilograms of cocaine.

The drugs were seized in 2016 as part of Operation Cossack, which also resulted in the arrests of Le'Ca's sister Queenie Anne Matthews and her son Meinata Piahana. 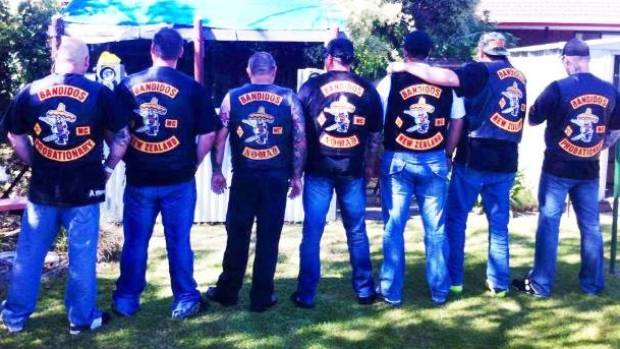 SUPPLIED
The first New Zealand chapter of the Bandidos gang was set up in south Auckland in 2012.

A third offender, Fred Uputaua, was also arrested after the sting. He was sentenced to 13 years and nine months in September 2017.

Le'Ca was sentenced to 15 years and nine months' imprisonment on Tuesday after admitting charges relating to "the importation and possession for supply of methamphetamine and cocaine", according to Detective Senior Sergeant Albie Alexander of the Counties Manukau Major Crime Team.

After a total of 15 years away from New Zealand, Le'Ca returned from a six-year spell living in Thailand to move in with his sister, Matthews, and her son, Piahana.

The pair were "exploited" in Le'Ca's smuggling operation, Alexander said.

Matthews, 59, was a former bus driver and unable to live alone.

She suffered severe anxiety attacks and depression after one of her sons committed suicide.

When Le'Ca moved back to New Zealand from Thailand she was also suffering from a number of health problems including breast cancer, diabetes and gout.

Le'Ca exerted huge pressure on Matthews to act as a "catcher".

This involved his sister receiving packages of meth but likely having little knowledge of what was in them, according to Justice Ailsa Duffy, who sentenced her.

Piahana, Le'Ca's nephew, was a 29-year-old worker with a "good work ethic" who lived at the address with his mother where the methamphetamine was sent to.

He had worked at Tegal Foods since he was 17 years old and had no previous convictions.

They were both sentenced for 11 months' home detention in November at the High Court in Auckland.

Alexander said he found the way Le'Ca had ensnared his family into his drug operation as "particularly striking".

"The main offender and mastermind in this smuggling operation exploited two of his own family members by involving them in his criminal activity,"

"Unfortunately this is not an isolated case and there will continue to be those who attempt to smuggle methamphetamine into the country.

"The seriousness of this offending is at the highest level and are reflected in the penalties passed down from the courts."

WHO ARE THE BANDIDOS?

Police describe the Bandidos as a worldwide organised crime syndicate.

The gang's first chapter was started in Texas in the 1960s and there are now chapters throughout the United States, Europe, Australia and Southeast Asia.

It was established in New Zealand in 2012 and now has chapters in south Auckland and Christchurch, as well as prospect chapters in Dunedin and Invercargill.

The gang's motto is "We are the people your parents warned you about."

In Australia, the gang has clashed violently with fierce rivals The Rebels Motorcycle Club.

Gang expert Dr Jarrod Gilbert has previously said that it was unclear whether those conflicts would emerge in New Zealand.

"I do feel that in a growing scene gang violence becomes somewhat inevitable," he said.

"In a crowded room, somebody is always going to get elbowed."