Arrest made after gang related shooting in Taranaki 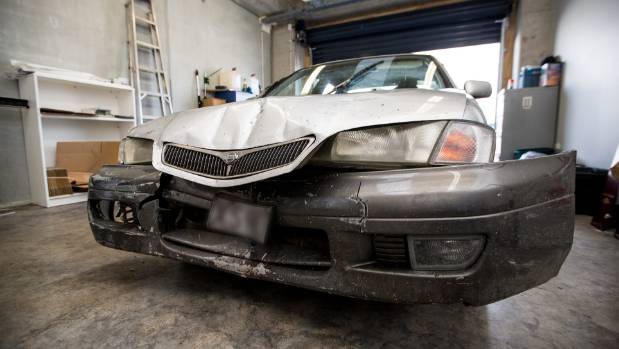 SIMON O'CONNOR/STUFF
Police are seeking sightings of a silver Nissan Primera involved in a shooting in Waitara on Tuesday.

Armed police have made an arrest in relation to a shooting at a North Taranaki property which is believed to be gang related.

A 47-year-old man was arrested and charged with aggravated burglary and four charges of committing a dangerous act with intent to cause grievous bodily harm. He has been remanded in custody, by consent to appear in the New Plymouth District Court on Monday. 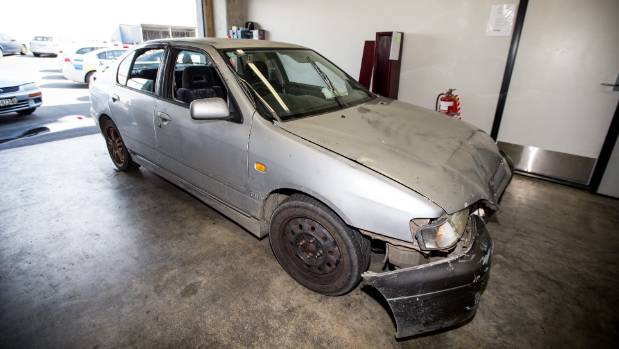 SIMON O'CONNOR/STUFF
Police are seeking sightings of a silver Nissan Primera with significant damage to its front after it was involved in a shooting in Waitara on Tuesday.

The arrest was part of an investigation launched after two cars crashed through a gate and smashed into a building in the yard at a Norman St address in Waitara, which has links to the Highway 61 motorcycle gang, about 6pm on Tuesday.

Shots were fired during the attack and police have recovered the two cars involved - a green Ford Falcon station wagon, which was abandoned at the scene, and a silver Nissan Primera, later found at a Tate Rd address. 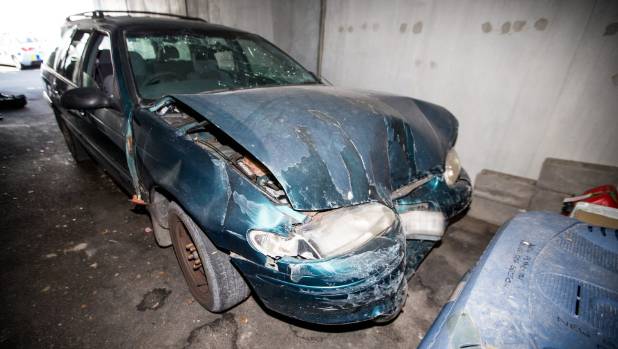 SIMON O'CONNOR/STUFF
Sightings of a green Ford Falcon stationwagon are being sought by police after it was used in a shooting at a Waitara address on Tuesday.

A number of firearms have also been seized.

Detective Senior Sergeant Brent Matuku said more than 20 staff were involved in the operation and further charges were likely.

"We are pleased to have made an arrest after this violent incident," Matuku said. 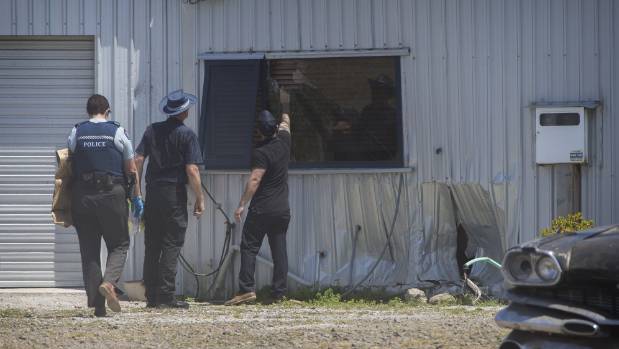 However police were still seeking sightings of the cars used in the ram raid, particularly the Nissan.

"Police are continuing to follow up on leads provided by the public but are still calling for further sightings of the cars and need anyone with information about this to come forward.

"That (the Nissan) would have been driving through Waitara before 6pm, it is a rough condition vehicle, but afterwards it has got significant frontal damage and that vehicle has left Norman St and it has definitely been in the Raleigh St, Tate Rd, Devon St area, where it has been dumped," Matuku said. 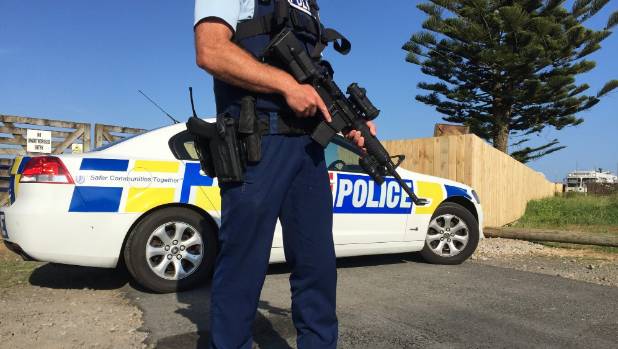 "Someone would have seen that vehicle and we have got reports of two males running from it."

He said the men seen fleeing the vehicle were wearing grey-coloured tops with hoodies and pants.

Police wouldn't say how many offenders were involved in the ram raid at Norman St.

"There was clearly at least two people, I would say, we have got witness accounts that there were six people there or more."

Matuku said there were one or two firearms still outstanding and he appealed to anyone in the community who had information about the incident to contact police before anyone else got hurt.

"There's a bit of tension in that environment and I think they would do themselves a favour and their families a favour if they came forward and told us what they know about it.

"Any incident that involves firearms is of concern for the police. We take the safety of our communities very seriously and we want to get to the bottom of this quickly. And we need the assistance of the public to do that."

He wouldn't speculate on the motive for the attack or who was responsible.