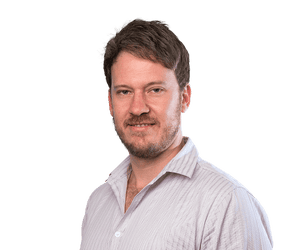 Save for later
When I walked into the Da Silva twins’ East Brisbane locksmith business in mid-2013, I had no idea they were targets of an investigation into a multimillion-dollar ice syndicate. 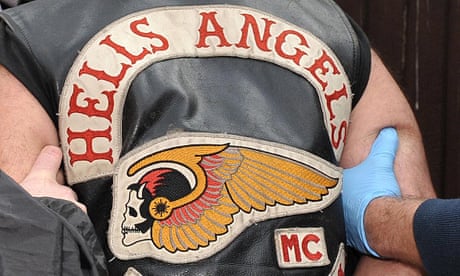 I was there to ask them about a new Hells Angels crew which I guessed the Portuguese-born brothers, Bruno and Nuno, were members of. I had no idea their “colours” had been handed to them by the Brisbane city chapter founder, Steve Mitrovic, a Sydney bikie boss who had raked in $11m from steel-fixing contracts on the Gold Coast university hospital and Brisbane high-rises before he was murdered months earlier.

I had no idea their heavy-set “receptionist”, who promptly escorted me from the premises before secretly following me to my car, was a former Broncos footballer, Michael Spence. I figured he was the big guy I had heard they had in tow since masked men with baseball bats showed up one day and put one of them in hospital, around the time Bandidos’ and Hells Angels’ tattoo parlours and clubhouses were being shot up “tit for tat”.

I caught Spence peeking through some shrubs at the carpark and chased him up the road as he broke out into a trot back to Millennium Locks, the business advertised as “the name to trust”.

The Da Silvas weren’t pleased to see me. Within hours I had a letter from one of the city’s law firms warning that the brothers would try to have me charged with trespass if I showed up again.

I had no idea that the Da Silvas – under cover of a locksmith with government security licences, located a stone’s throw from the Gabba stadium and across the road from a primary school – were then trafficking millions of dollars of ice.

The cops’ pinhole cameras and secret recorders went into Millennium Locks about a month after my visit.

On Friday the twins were jailed for terms of nine and seven years.

Bruno and Nuno Da Silva, 38, were sentenced in the Brisbane supreme court after using Millennium Locks as a base for the wholesale distribution of high-grade methylamphetamine.

Bruno, the head of the operation, was given a tougher sentence; Nuno could be out of prison in weeks after his parole eligibility was set for 22 February, by which time he will have served two years and four months behind bars.

Spence pleaded guilty to selling drugs and admitted to handling money reasonably suspected of being obtained through the proceeds of crime. He had been jailed for 18 months and was released in July.

The Da Silvas’ first media appearance was when they won a Quest newspaper “business achievers award” in 2008. No journalist would likely have picked up on their Hells Angels connection had they not been attacked at their office by the masked men in 2012.

It emerged that the Da Silvas’ business had been licensed despite complaints that they had made death threats to competitors. They did work unlocking cars for the police. I learned of burglaries that had allegedly occurred in premises coincidentally after servicing by Millennium Locks. Nothing came of this.

But I also found court documents showing that gang squad detectives in 2004 had pulled over Bruno with $130,000 cash in an Aldi shopping bag. The twins defeated a police bid to seize the cash as criminal proceeds by telling the court it was a gift from guests at Nuno’s wedding to a solicitor called Ana Brkan.

That a Hells Angel was married to a lawyer exemplified the often surprising and complex web of relationships surrounding members of the world’s oldest and largest outlaw motorcycle club.

Police recordings tendered to the court had Nuno talking of how Brkan, as the partner of a Hells Angel, would be met on overseas holidays and accorded special treatment by local clubmates, a status he said she particularly enjoyed.

More intriguing still, one of the Da Silvas’ employees in a prestige car business they ran on the side, an Iranian-born mechanic called Mehrang “Magic” Mashaghati, allegedly had a key role in one of the signal events of Queensland’s recent mixed history of cracking down on motorcycle gangs.

This was the assimilation of Australia’s Finks bikie gang into the US-based Mongols outlaw motorcycle club, a simple name change that enabled the Gold Coast Finks to thwart a bid by Queensland police to have them declared a criminal organisation.

Senior police have told Guardian Australia that Mashaghati secretly acted as the Finks’ broker with the European arm of the Mongols to bring about the “patch over”.

This was despite working for, and being sponsored for, a 457 visa by the Da Silvas, who were members of the Hells Angels. The Hells Angels had a history of violent disagreements with the Finks in Queensland.

Queensland election: crackdown on bikies' subculture an exercise in futility

The Da Silvas’ drug syndicate was nothing if not elaborate – and entrepreneurial. Police gave evidence in court that a law firm drew up documents for loans that were ostensibly for people who happened to be drug customers of the Da Silvas. Investigators claimed the loans were in fact a means for the Da Silvas to recover drug debts by taking the proceeds and leaving their customers to repay the loans.

Bruno would then ratchet up the price of ice to those customers, who would continue dealing to meet repayments, the court heard in an affidavit from an investigator.

Nuno planned to funnel the proceeds of one loan into a discretionary trust to buy an apartment in Noosa which could not be readily seized by authorities as criminal proceeds, the investigator said.

The court was told another drug customer was directed by the Da Silvas to lodge a personal injury claim to repay the twins a debt of $67,000.

It heard the Da Silvas brokered a high interest loan from the Hells Angels for a former professional sportsman who fell into a business debt unrelated to drugs. When he had trouble repaying, despite earning money from printing the gang’s T-shirts, the Da Silvas told him they feared being bashed by their clubmates and thrown out of the club. They then referred him to another money lender.

Police recordings captured the Da Silvas once being told by the Queensland Hells Angels president that the club would cover their legal fees as they fought for the right to remain silent under questioning about what led to their bashing by the masked men.

Perhaps the most significant aspect of the case of the Da Silvas is that it provides one of the few recorded examples of a bikie gang receiving money directly from members’ criminal activity. This is the elusive kind of evidence police would need to show more of to bolster their claim that bikie gangs are in effect criminal franchises.