The lavish lairs of some of Australia’s most notorious bikie gangs have been uncovered in videos released by NSW Police as part of Strike Force Raptor.

The videos shows the work being done by Strike Force Raptor – an elite group made up of 55 top cops who passed vigorous and gruelling training to be part of the squad dedicated to taking down bikie gangs.

The club has a TV projector and a pool table along with crates and barrels making it look like an ordinary pub. 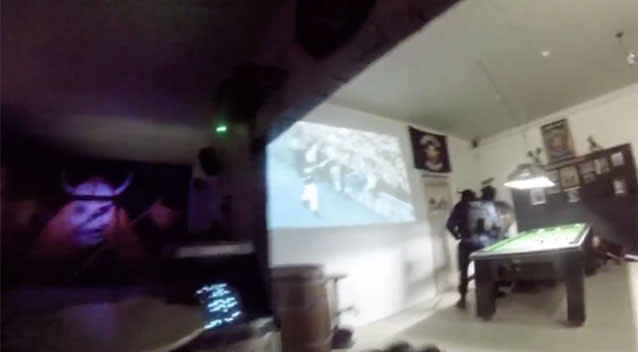 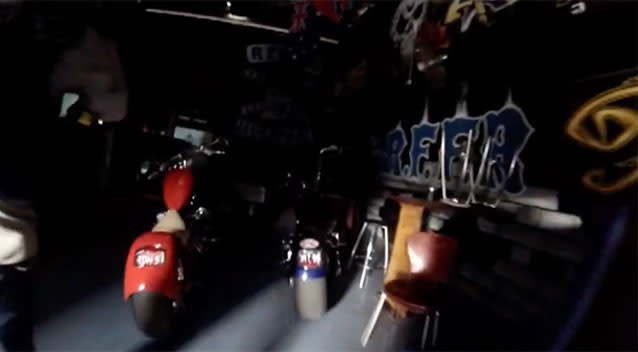 The Odin’s Warriors logo of a skull stands on the back wall.

Life appears to be luxurious inside the Rebels Motorcycle Club’s lair at Liverpool.

Murals are painted on the walls, as police stomp past in riot gear – weapons at the ready.

Clean polished motorcycles glisten in the darkness. A pool and foosball table are seen as an officer shines their torch around. 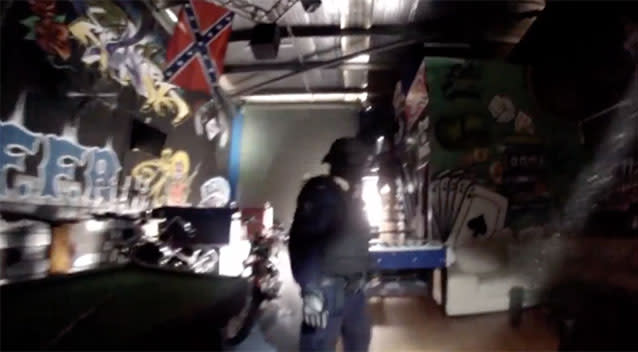 Raptor is then seen storming a Nomads Motorcycle Club hideout at Wiltona Place in Girraween.

Inside the lair are leather couches, bar stools and a pool table. The walls are painted exclusively in black and white – the club’s colours with “Nomads” printed on the back wall.

“Put your hands out in front!” an officer yells as the team makes arrests. 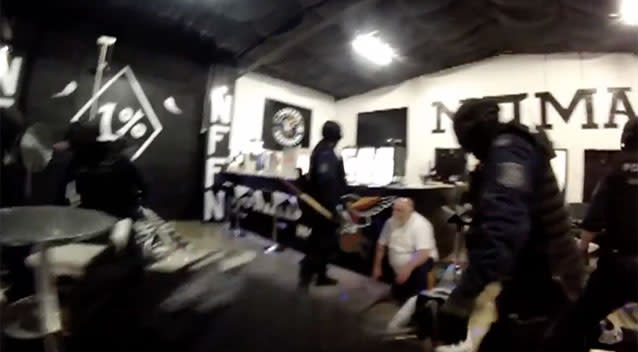 Another video shows a raid on the same motorcycle club in the Hunter Valley.

Police with sniffer dogs bring down signs, take away furniture and seize alcohol from behind a bar as they dismantle the outlaw motorcycle gang’s club.

Strike Force Raptor has disrupted everyday life for bikie gangs and their members. 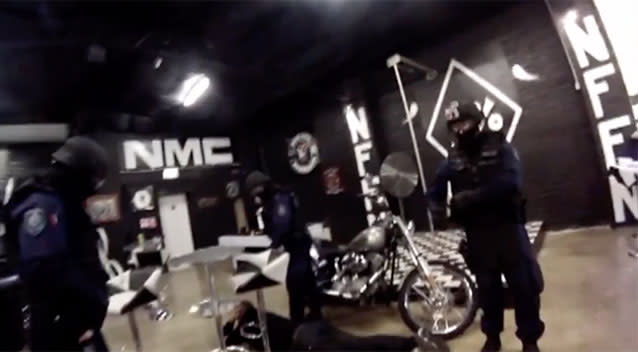 The Nomad's Club at Girraween is painted in the gang's colours - exclusively black and white. Source: NSW Police

News Corp journalist Yoni Bashan said the size of these bikie operations creates a unique police strategy, and is not like investiagting an individual crime.

"If you consider some of these gangs have members mounting in the hundreds or even the thousands, you can't really take down that many people with just long investigations that target murder and drug supply for example," he recently told Weekend Sunrise.

The force is attempting to take the 'gloss' away from outlaw motorcycle gangs, deterring people from joining the crime-ridden groups in the first place. 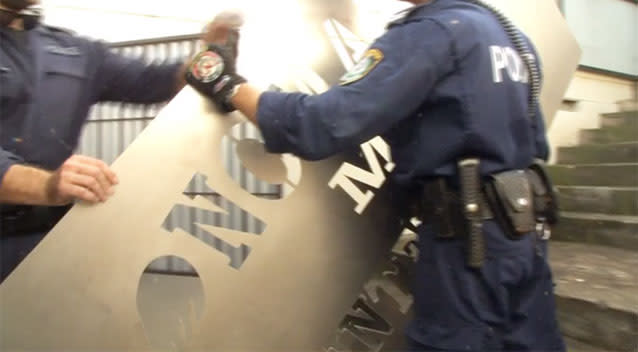